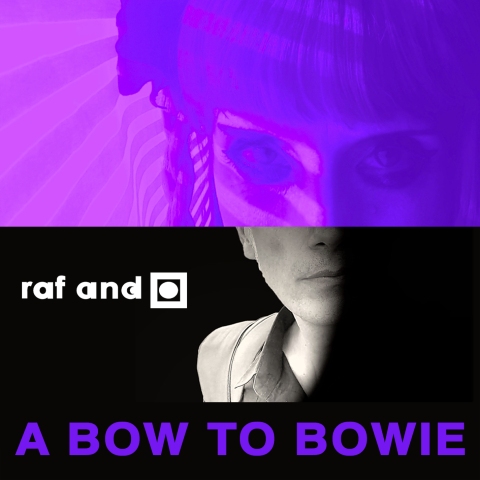 He sang himself to Earth…
A Bow To Bowie Is here!

Truly excited to share this with you!
‘A Bow To Bowie’ and ‘A Mechanical Ride’ are available now together with pre-orders of The Space Between Nothing And Desire on Telephone Records.
Pre-Order Digital Album on iTunes
Pre-Order CD Album on Bandcamp

The Album Launch will be on Sunday 26th May in the intimate and elegant space of SJQ,  Servant Jazz Quarters, London, promoted by long time dear friend Klarita from Kaparte Promotions. We’re incredibly excited to be able to bring ’The Space Between Nothing And Desire’ live to you!
Tickets are on sale now!
Facebook Event 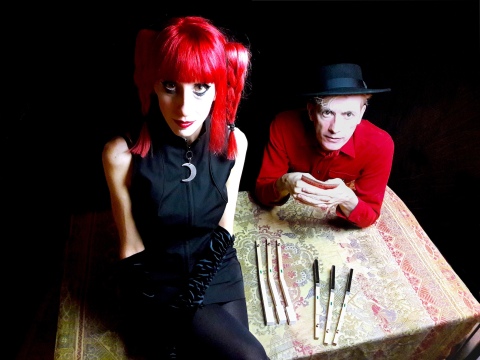 Over the years Raf and O have expressed their affinity with Bowie and took on the task to reinterpret some of his songs, including ‘The London Boys’ which is part of the new album.
September saw the announcement of ABTB and on January 8th it was revealed to be ‘A Bow To Bowie’, written in December 2016.
“I really wanted to write a song for David after his passing, but it took me a few months before I felt I could tackle it” Raf Mantelli

With ‘The Space Between Nothing And Desire’ Raf and O go in search of a new quest: where, or, what is the space between nothing and desire? The primal concept that makes the world go round, desire, is abstract and yet so tangible, juxtaposed to nothing, equally as baffling, as to truly imagine it, it is impossible. With these parameters forming their chart, the latest album captures the duo navigating a journey into the senses, into the longing and the belonging.

Below the album tracklist:

‘Such A Small Love’ is a cover of Scott Walker recorded in September 2016.
Raf and O paid tribute to Walker last week as the news broke of his departure. Read here

Lovingly mastered at Trace. Big thanks to Mark Beazley. 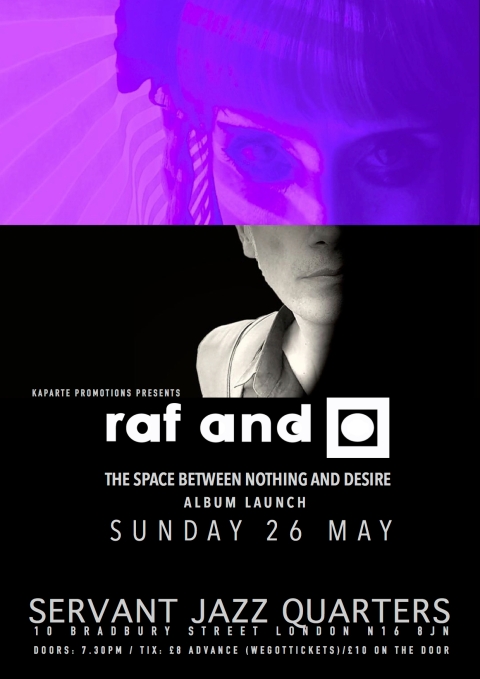 In February we were celebrating the latest live achievements which saw Raf and O in the latter part of 2018 alongside our other selves The Kick Inside, performing selective shows along the East Coast of England and surroundings including Manor House and theatre shows, as well as live appearances at the Klinker, Bethnal Green Working Mens Club and at the mighty PennyblackMusic 20th Anniversary held in the Water Rats quarters; the latter was John Clarkson’ s favourite show of 2018 whilst Raf and O as The Kick Inside – The Songs Of Kate Bush is in Adrian Ainsworth round-up of favourite live music of 2018.

“…An entrancing set of slanted, left-field songs that work their hazy magic on a drunken summer day. Comparisons to Broadcast, Stereolab, and even – yes – Kate Bush might help, but in reality Raf and O exist in their own, idiosyncratic universe, with a deeply unique sound that everyone should fall into for a while” Dominic Simpson, Pennyblackmusic.

Live performances will also bring us to Birmingham on 7th April at Fletchers Bar with TKI and at West Kirby Arts Centre where we will perform both as TKI and Raf and O on Saturday 18th May. More info and events on Raf and O and The Kick Inside FB pages.

Join us for the launch, it will be a very special night in London!
‘The Space Between Nothing And Desire’… don’t miss!

You are currently reading ‘A Bow To Bowie’ Is Here and ‘The Space Between Nothing And Desire’ Launches 26052019 + More Live Outings at Raf and O.