Memory of a Free Festival 2014, Fairywood + ‘Time Machine’ is one of this year’s Best Albums on FACT

Greetings!
It’s July and as the sun infuses its energy upon us,
may this spread positives among us all!
In our musical world it’s been a really good year so far and continues to be so.
Raf and O’s new album ‘Time Machine has been selected as one of the best album of 2014 in FACT Magazine alongside Neneh Cherry and Rocketnumbernine in the Joe Muggs’s Top 10 Album list!!
We’re wonderfully blown away and very proud of this. Get yourself a copy of the CD Album HERE. Digital available in all good stores.

Some other wonderful news – Memory Of A Free Festival returns!
Raf and O have been invited to perform again at the re-run of the legendary Beckenham Free Festival organised by David Bowie and The Beckenham Arts Lab in 1969. On Saturday 16th August, Natasha Ryzhova Lau, with the help of some generous volunteers, is staging the event for a second year in a row, 45 years from the day and the date. Mary Finnigan, a key figure of the original festival is also involved and Roger Wootton from legendary Comus (who were playing weekly at the Arts Lab and played the Festival in ’69 ) will also take the stage. We’re thrilled to join all the artists, some of whom we met in 2013, we are opening up proceedings, see the LIVE page for full line up/flyer, location and transport details. Last year saw an audience of over 1000 people and £7000 pounds were raised towards the restoration of the Beckenham Bandstand; it was just wonderful despite a rain machine in full action; may the sun machine return safely to the Croydon Road Recreation Ground. Get there early, gates open 12.30, it’s only a fiver and there’s a beer tent this year too; we’ll be in action just after 1pm, don’t miss!

As well as the Beckenham Festival we’re really looking forward to perform at a new Festival in Brentwood, precisely Fairywood at Kelvedon Hatch, which used to be home to the secret nuclear bunker. The festival with its fairytale and thematic settings promises to be a magical gathering running on the weekend of the 9th and 10th August.
We will take the stage on the Sunday 10th, as the evening starts to fall.  More info and tickets for the whole weekend or for the one day can be found HERE

And to cap it off we’ve recently been invited by the amazing Richard Strange to partake in a unique and very special William Burroughs inspired project at the Queen Elizabeth Hall planned for October, which will also see the Doctors of Madness reforming for a one off performance after 36 years! We are delighted and very honoured!! More details will be posted here in the very near future. 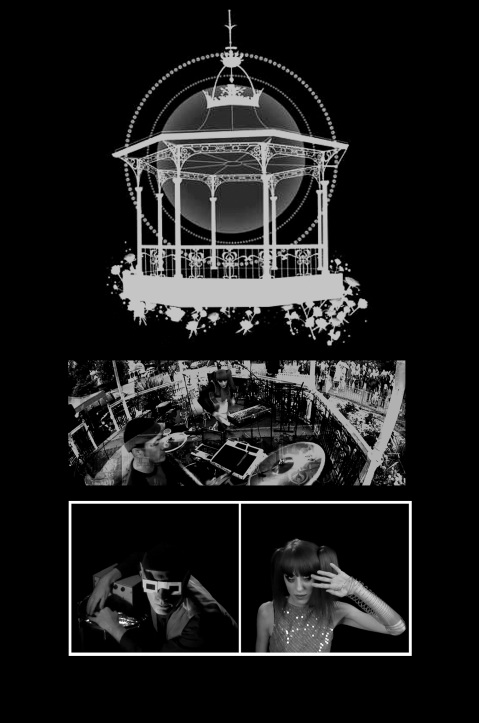 You are currently reading Memory of a Free Festival 2014, Fairywood + ‘Time Machine’ is one of this year’s Best Albums on FACT at Raf and O.