2013 is now drawing to a closure. We look back at the highlights of the year: launching Lady Grinning Soul at Café OTO alongside Larsen & Little Annie and performing at Memory Of A Free Festival, (watch Live video), the remake of the iconic Bowie‘s Beckenham Free Festival to raise funds for the bandstand.
Kaparte Oxjam’s night, our last live outing at the Ivy House also felt special; fantastic feedback and lots of very receptive people from each side of the stage. Still cherishing some fabulous gigs.

Raf and O have taken the rest of this year off from live shows and shall return in 2014. Just been confirmed we will be playing at the fabulous Cabaret Futura in February; can’t wait! More dates will be announced soon. In the meantime, we’re working on all logistics for ‘Time Machine’. Our second album will be released in April 2014, a bit later than predicted, but the ‘Time Machine’ will be landing this time. Ahead of the album a new single in March too. We will keep you posted with details and development as they happen. Darkness finds its way in some new inspired tunes as the light reduces and the nights grow longer. New material is in process. Projecting ideas ahead, we hope to bring these fresh sounds to you in the not so distant future! This month we’re prepping something ... 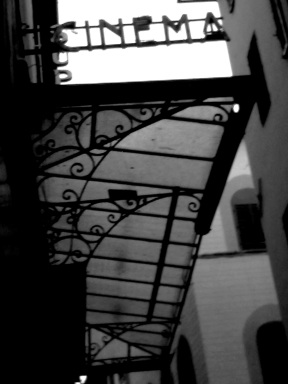 And lastly, we leave you with the latest live pictures from the Kaparte Oxjam gig courtesy of Angelique Le Marchand. X
Back to RAF AND O’S BLOG/ NEWS PAGE

You are currently reading Projecting Ahead at Raf and O.