Well, this year is “almost” over and before the new one begins we thought we’d endeavour to bring you news, thoughts, collection and recollections of the last 4 months and this will include the playlist for a special dj set we did at this year’s Kaparte Oxjam. In July we launched our new album ‘PORTAL’ (available ‘HERE‘) at the wonderful St James The Less in Pimlico (see previous blog). It has now been reviewed on Electronic Sound Magazine!

“Raf and O specialise in floaty and delicate musical paintings. Raf’s dreamy vocals leading the way but more often than not melting into the instrumentation. The highlights include a track based on the words of Shakespeare’s ‘Sonnet 62’ and a version of David Bowie’s ‘Win’ which is almost unrecognisable and utterly charming. All in all, this is beautiful stuff.”
Push, ELECTRONIC SOUND
(See picture below for the whole review).

Now, the latest! Raf and O have covered the very beautiful Scott Walker’s ‘Such a Small Love’ as part of  ‘Plastic Palace People’, an exclusive streamable and downloadable album curated by God Is In The TV Zine! We’re thoroughly proud to offer this Seasonal gift, which we recorded in Florence for your festive digestive. Listen and free download below.

The portal will lead us into 2017. 2016 has been a very strange year, a lot of crazy things happening and a lot of people left us David Bowie included. A very recent trip to the wonderful Lazarus Musical brought forward this consciousness, stirring up feelings and sadness, a shared feeling by Bowie fans across the world. But Lazarus is also a celebration of his artistry and alongside Blackstar, the inner workings of a man facing up to his own mortality. This summer we returned to Beckenham for Bowie’s Beckenham Oddity (formerly Memory Of A Free Festival and Beckenham Free Festival) and it was a complete joy/ honour to perform again as Raf and O. Huge love unified all performers musicians, organisers workers and the crowd, all celebrating the Starman. Lovely contributions by many, a real pleasure to share the stage with Maggi Ronson and the band  Jona Lewie, David Live, Clifford Slapper, Amory Kane and more. Thanks to all involved who contributed to make this day very special especially Wendy Faulkner who worked very hard in bringing this year’s festival together and it was brill catching up with Mary Finnigan again who organised the festival with Bowie in 1969. We’ve got some footage shot by the lovely Rhianna, that we’ll post soon, so watch out for that! Alongside new Raf and O material, our set included Bowie’s ‘Lady Grinning Soul’, ‘Win’ included in our last album ‘Portal’ and even a short rendition of ‘After All’.
This is us doing our thing captured beautifully by mister Gaz De Vere. Continues below. 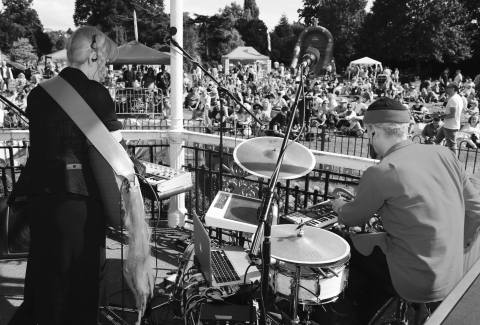 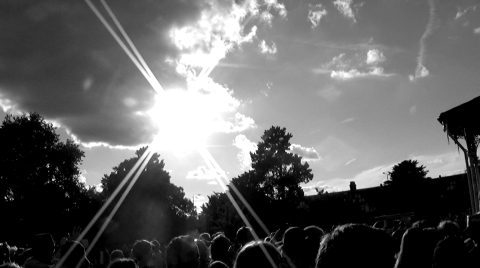 A Starman in the sky. picture by O. 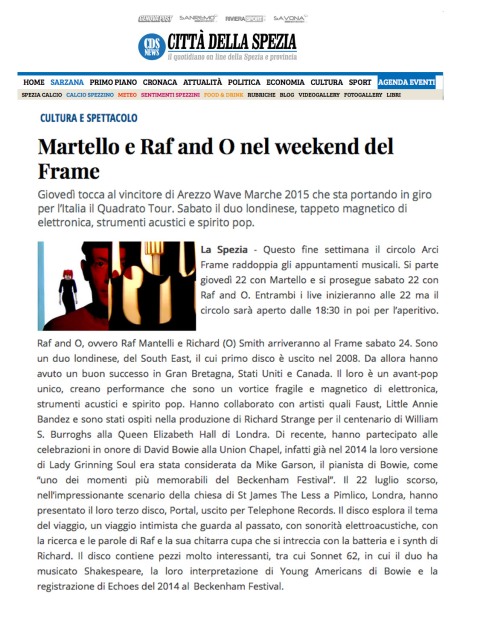 Since the festival, we traveled to Italy to do some writing and recording including our Scott Walker cover, played a few parties and the excellent Frame Live Club In La Spezia (see press above) on the Ligurian Coast where we were warmly welcomed and throughly enjoyed playing the show to such a receptive audience. Thanks to Alan Pride for keeping things running smooth and on our return to the UK we were kept fairly busy supporting TE Morris from Her Name Is Calla at Chaos Theory’s Whispers and Hurricanes, putting together a special Dj Set (see above) for this year’s Kaparte Oxjam at the Slaughtered Lamb and we played a live session on the Dexter Bentley’s Hello Goodbye show on Resonance FM alongside The Monochrome Set.
In the words of Dexter Bentley “the original post-punk / arch-pop pioneers The Monochrome Set, plus ethereal, futuristic folk duo Raf & O”.
And Monolith Cocktail also featured ‘Portal’ in the top albums of 2016.
Here below is the podcast Raf and O live on Resonance FM and following that is our live performance of  ‘Magic’ from ‘Portal’ lovingly filmed and edited by Riff Underground and Peter Junge. Many thanks to them both and to Chaos Theory for this video.
And to bookend the year, Raf and O just performed at the Xmas edition of the one and only Scaledown in the heart of London. We have a few things brewing but for now wishing you all a peaceful, productive, engaging holiday and see you back in 2017. 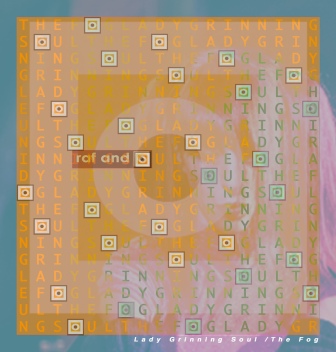 Hello!
our single is coming out today!! Very excited about it, it’s a self-release, please support us by getting yourself a copy HERE

It includes our version of David Bowie‘s Lady Grinning Soul (studio take)
‘The Fog’ and a remix of The Fog by electronic trio Nedry.
The  LIVE VIDEO has reached 1000 plays in just over a month and the feedback so far has been fantastic!

‘Awesomely bizarre’
God Is In The TV Zine

News from our recent Launch at Cafe OTO … it was a wicked night! You can watch a video HERE  and there’s more to come.
Thanks to all who came down to this brilliant venue; so many people and such an attentive audience! Promoted by our wonderful friend, the very excellent Klarita from Kaparte, we supported Larsen with Little Annie – they did a fantastic show.
And thanks to Angelique Le Marchand for these and other brilliant shots! (Below)

Get yourself a copy of our single, it’s going for a song, quite literally on iTunes!
LADY GRINNING SOUL / THE FOG – BUY HERE 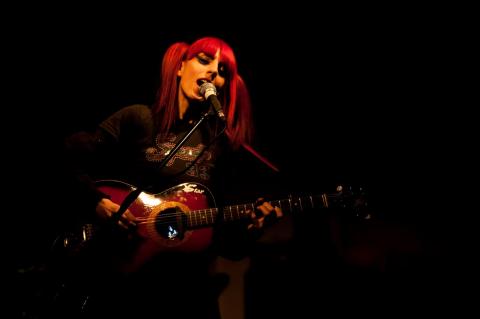 You are currently browsing entries tagged with god is in the TV at Raf and O.